SGD     256.67/Piece
Marina Bay Sands
Marina Bay Sands Singapore is a new integrated resort and also a new landmark in Singapore opened officially in 16 February 2011. It consists of a hotel with 3 towers each at 55 storey high with a sky park offering a skyline view of Singapore and a 150m metre vanishing pool , convention and exhibition facilities, theatres, entertainment venues, retailers and restaurants.

1g gold bar embossed with the image of Marina Bay Sands. Item will be sent to the Singapore Assay Office (SOA) for assaying once the order is received. Item will be delivered within 3 working days after it is hallmarked.
SuperTree
Gardens by the Bay is a park of reclaimed land in central Singapore which consists of three waterfront gardens called  Bay South Garden, Bay East Garden and Bay Central Garden. It is an integral part of a strategy by the Singapore government to transform Singapore from a "Garden City" to a "City in a Garden". The stated aim is to raise the quality of life by enhancing greenery and flora in the city. The park has proven extremely popular for event planners, with demand so high that the park has to limit the number of events to three per week.
SuperTrees Grove are tree-like structures that dominate the Gardens' landscape with heights that range between 25 metres (82 ft) and 50 metres (160 ft). They are vertical gardens that perform a multitude of functions, which include planting, shading and working as environmental engines for the gardens. A bridge between the two large SuperTrees are meant for visitors to enjoy a panoramic aerial view of the Gardens. At night, the SuperTrees come alive with a light and music show called the OCBC Garden Rhapsody.
Numbered Certificate of Authenticity
Each bar is accompanied by a numbered Certification of Authenticity.
Product detail
Current Mintage: 5,000pcs / Each
Availability: In Stock
Condition: Uncirculated
Material: 999.9 Fine Gold
Product Year: -
Product Size: 8.20mm x 16.20mm / Each
Weight: 1 Gram / Each 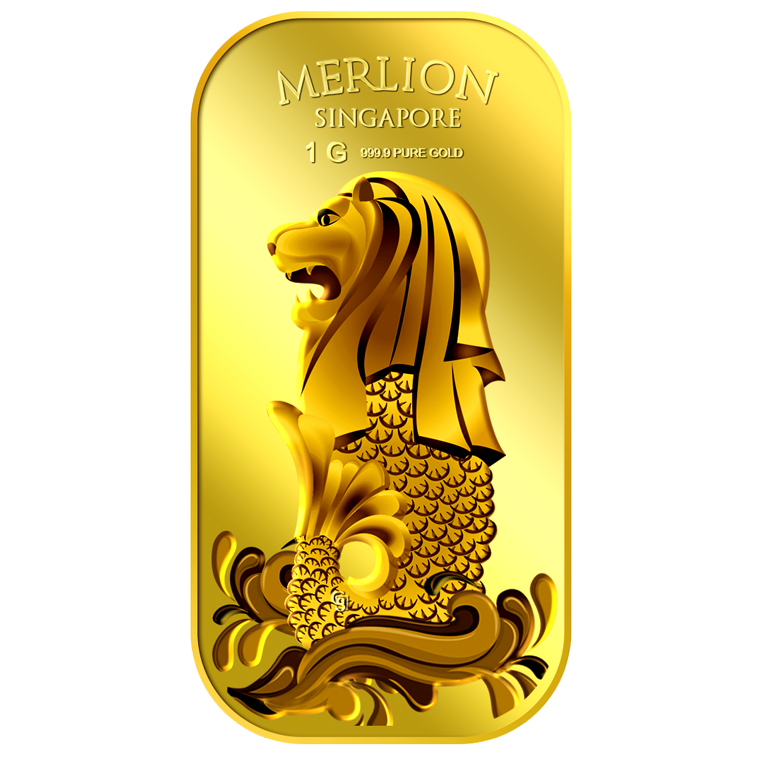 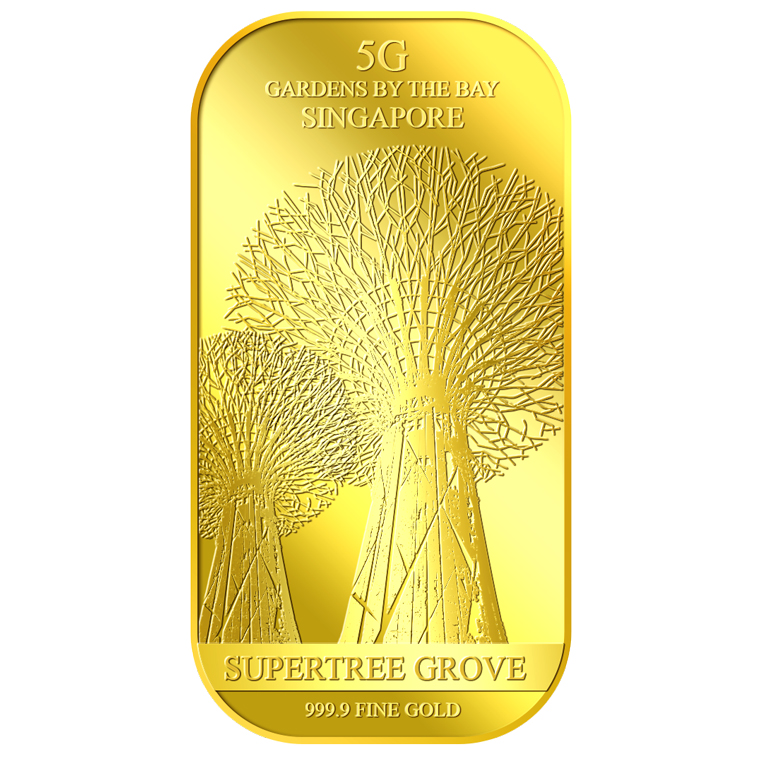 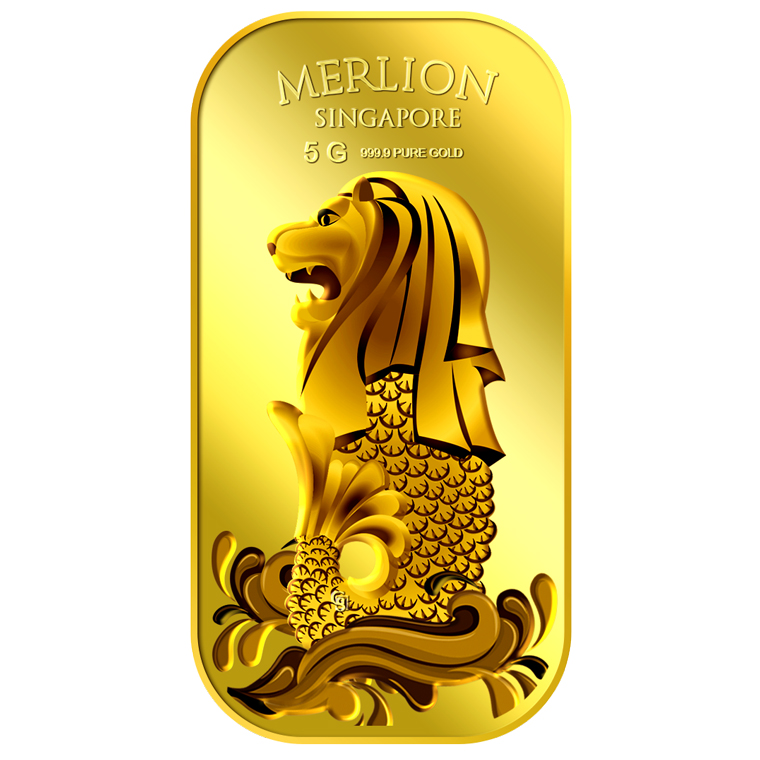